The Story Behind Minimal Changes in Plan Designs and Premium Rates 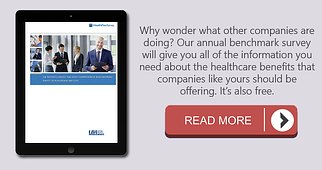 The United Benefit Advisors (UBA) annual Health Plan Survey for 2014, which contains validated data on 16,467 plans for 9,950 employers, shows minor average change for plans in the last year. The survey contains information on plans that renewed predominantly between June 2013 and June 2014.

While the average in-network deductible rose a mere $49 to $1,901, the larger plan changes are only seen in the median results:

The median numbers show the underlying shifts for trend purposes. With the median changes showing a large shift, it means employers are moving away from the lower or no deductible plans. Since there is also, by federal law, a maximum out-of-pocket cap, we will likely see these amounts continue to rise toward that cap.

Plan renewal rates, by employer size, showed the opposite of prior years’ increases:

Small employers, those with fewer than 50 employees, were given the chance in most markets across the U.S., to renew their plans as of December 1, 2013. The net effect was a delay strategy for several changes required by law as of the first renewal on or after January 1, 2014. The one that is affecting the small group rates significantly is the rate compression to a 3:1 premium ratio, meaning the rate for those age 64 and older, cannot be more than three times the rate charged to someone that is age 20. Prior to that mandate, most states had a 7:1 premium ratio. While other requirements were part of the law, such as coverage for essential health benefits (EHBs) and no pre-existing condition exclusions, the driving factor to take advantage of the ‘early renewal’ strategy was to delay the rate compression.

For most plans that renewed on December 1, 2013, this was their second renewal in one year. This would also account for the minimal rate increases as shown above.

When the small group market reforms expand to those employers with fewer than 100 employees in 2016, from the current definition of employers with fewer than 50 employees, we will likely see another round of early renewal strategies to delay the effects of the rate compression. These renewal delays will continue to have ripple effects in the insurance industry for many years to come.

Some states have taken advantage of the “if you like your plan, you can keep it” extension, others have not. In the states that did allow the extension, they are seeing minimal increases, most not more than 12%. In states where the extension was not allowed, such as Virginia, the majority of our clients are seeing increases ranging from 40% to more than 167%.

Request a copy of the 2014 UBA Health Plan Survey here or contact a local UBA Partner for a customized benchmarking report.