Can Employers Assist Employees with Premiums for Individual Plans? 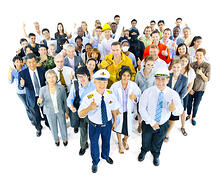 On November 6, 2014, the collective Departments of Health and Human Services (HHS), Labor (DOL) and the Treasury released three Frequently Asked Questions (FAQs) directed at employer payment plans for the purchase of individual insurance. While the departments had previously released several other pieces of guidance about these arrangements, this latest round exclaimed an emphatic no!

The other releases on the topic started well over a year ago. However, there are still agents and administrators that have insisted either Section 125 (Cafeteria Plans) or Section 105 (Reimbursement Arrangements) of the IRS code allowed employers to deduct premiums in a pretax manner or reimburse for individual premiums. Several of the administrators touting these plans even went as far as claiming they were so confident in their interpretation of the regulations, that they would pay any fines incurred because of their advice that these plans were compliant. This latest round of clarification was a resounding comply or pay fines.

Any employer payment that provides cash reimbursement for the purchase of an individual market policy is not compliant with the Patient Protection and Affordable Care Act (PPACA), whether the employer treats the money as pretax or post-tax to the employee. It is interesting to note that the latter provision has not been present in other regulatory releases, but is new with this round. While it is not clear at the moment how that would apply, a post-tax amount would put the insured in a precarious position, subject to fines and payback of subsidies on their own, since the additional income could lower the subsidy that they would otherwise qualify for, without the assistance from the employer.

Likewise, if a Section 105 reimbursement plan is set up for the purchase of individual policies, these plans are deemed noncompliant. The basis for this determination is the employer’s involvement of the plan, even though they may not have assisted the individual with their plan selection, they are still taking part by contributing cash for the policy purchase.

Another question delves into compensating employees that have a high claims risk to enroll in a Marketplace plan versus joining the group health plan offered by the employer. This scenario involves other factors that are prohibited, such as discriminating due to a health factor and eligibility rule discrimination. These plans also fail due to the employer-provided payment for purchase of an individual plan.

In all of these scenarios, since they would be deemed a group health plan, they would be subject to the market reforms such as unlimited lifetime maximum benefits, preventive care coverage at no cost share and other aspects of the law. This could also open the door for lawsuits against the employer if the individual policy failed to pay a claim for the insured.

The FAQs reference the fines that would apply in these instances under Section 4980D. In the May 2014 release from the IRS, they spelled out the excise fines as $100 per day, per employee or $36,500 annually. However, these fines are an excise tax in the amount of $100 per day with respect to each individual to whom such failure relates. So, if the employer were to contribute to dependents’ coverage, the fines would also be incurred for each dependent per day, in addition to the employee.

It is always best to get a plan into compliance as quickly as possible. With many of these having been put into place earlier this year, there is still time to correct at least part, but not all, of the issues. Speak with your tax counsel as quickly as possible to get your plans into compliance. Your local United Benefit Advisors office, with their vast compliance resources, can also assist you with these issues.