What Is COBRA, and Does It Apply to My Business? 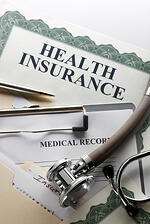 In the earlier days of the Patient Protection and Affordable Care Act (ACA), a common question among employers and benefit advisors was whether there would still be a need for COBRA, the Federal Consolidated Omnibus Budget Reconciliation Act of 1985. Many people speculated that COBRA would be a thing of the past. This was a logical step for those in the insurance industry. When an employee was faced with the option of paying full cost for continued employer coverage or possibly qualifying for heavily subsidized care on the Marketplace, it seemed to be a “no brainer.” Six years after the passage of the ACA, which was signed into law on March 23, 2010, and three years after the initial launch of the Marketplace in October 2013, COBRA is still a law with which to be reckoned. In a series of articles, I will address COBRA in general and also delve into other related issues, such as mini-COBRA, COBRA and account-based plans, and the interaction of COBRA and Medicare.

First, let us begin with the legal framework and general rule of COBRA, note the exceptions, and perform the basic analysis to see which employers and group health plans are subject to COBRA.

COBRA is a federal law which amended the Employee Retirement Income Security Act (ERISA), the Internal Revenue Code (Code), and the Public Health Service Act (PHSA). The provisions found in ERISA and the Code apply to private-sector employers sponsoring group health plans; the PHSA provisions apply to group health plans sponsored by state and local governments. COBRA regulations have been issued by the Internal Revenue Service (IRS) and the Department of Labor (DOL).

The general rule is that COBRA applies to group health plans sponsored by employers with 20 or more employees on more than 50 percent of its typical business days in the previous calendar year. This rule must be broken into its elements, applying the exceptions, and determining whether an employer is subject to COBRA. After that determination is made, it must be determined what plans must be available for continuing coverage and what individuals are entitled to an election of coverage.

Who is an employer?

Most employers are subject to COBRA. An “employer” is a “person for whom services are performed.” Employers include those with common ownership or part of a controlled group pursuant to Code sections 414(b), (c), (m), or (o). Successors of employers, whether by merger, acquisition, consolidation, or reorganization, are also employers. Many times, COBRA issues, and benefits issues in general, are overlooked when companies are merged or acquired.

What group health plans are subject to COBRA? Does not being covered by COBRA relieve employers of the obligation to offer continuation coverage?

The general rule is that group health plans are subject to COBRA. A group health plan is any arrangement that provides medical care, within the meaning of Code section 213 and is maintained by an employer or employee organization.

The first requirement is that the arrangement must provide medical care. This includes medical, dental, vision, and prescription benefits. It does not include life, disability, or long-term care insurance or amounts contributed by an employer to a medical or health savings account (Archer MSA or HSA).

The second prong is that the arrangement must be maintained or established by the employer. This includes multiemployer plans, an employee benefit plan that is maintained pursuant to one or more collective bargaining agreements and to which more than one employer is required to contribute. More than just insurance plans are subject to COBRA. The arrangement may be provided through insurance, by a health maintenance organization (HMO), out of the employer’s assets, or through any other means.

Examples of group health plans subject to COBRA include:

However, there are several group health plan exceptions to COBRA, and the plans excepted by the general rule may still be obligated under another law to provide some sort of continuation coverage.

Exception #1. COBRA does not apply to plans sponsored by the federal government or the Indian tribal governments, within the meaning of Code section 414(d). Although COBRA does not apply to federal governmental plans, the PHSA, amended by COBRA and overseen by the Department of Health and Human Services (HHS), generally requires that state or local government group health plans to provide parallel continuation coverage. Additionally, the Federal Employees Health Benefits Amendments Act of 1988 requires a similar continuation of coverage for federal employees and their family members covered under the Federal Employees Health Benefit Program.

Exception # 2. COBRA does not apply to certain plans sponsored by churches, or church-related organizations, within the meaning of Code section 414(e).

Exception #3. COBRA does not apply to small-employer plans. Generally, a small-employer plan is a group health plan maintained by an employer that normally employed fewer than 20 employees on at least 50 percent of its typical business days during the preceding calendar year.

For multiemployer plans, all contributing employers must have employed fewer than 20 employees on at least 50 percent of its typical business days during the preceding calendar year. The determination of whether a multiemployer plan is a small-employer plan on any particular date depends on the contributing employers on that date and the size workforce of those employers during the preceding calendar year. The regulations clarify:

Who are employees and what employees count toward the threshold?

The threshold number of employees is 20, counting both full-time and part-time common law employees.

Next Step: The who, when, and how long for COBRA coverage

Now that we know generally who is subject to COBRA from an employer standpoint and what group health plans must be offered, the next step is to determine – from an individual’s standpoint – who is eligible for COBRA coverage, when that person is entitled to coverage, and how long the continuation coverage lasts.

For an in-depth look at qualifying events that trigger COBRA, the ACA impact on COBRA, measurement and look-back issues, health FSA carryovers, and reporting on the coverage offered, request UBA’s ACA Advisor, “COBRA and the Affordable Care Act”.