Final Rule Issues Standards for Insurers and Marketplaces in 2016 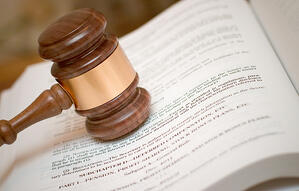 Recently, the Centers for Medicare and Medicaid Services and the Department of Health and Human Services issued a Final Rule with standards for insurers and Marketplaces in 2016, covering topics such as transparency in health insurance rate increases, formulary drug lists, drug mail order opt out provisions, determination of minimum value, and benefits discrimination. Open enrollment for the 2016 benefit year will begin on November 1, 2015, and end on January 31, 2016.

The Final Rule reminds issuers that benefits are not Essential Health Benefits (EHBs) if the benefit design, or implementation of a benefit design, discriminates based on an individual’s age, expected length of life, present or predicted disability, degree of medical dependency, quality of life, or other health conditions. The agencies became aware of benefit designs that would discourage enrollment by older individuals or those with health conditions, which it noted were a violation of discrimination prohibitions. Three noted examples of potentially discriminatory practices include labeling a medically necessary benefit as a “pediatric service,” refusing to cover a single-table drug regimen or extended release regimen that is as effective as a multi-tablet regimen, without appropriate reason for the refusal, and placing most or all drugs that treat specific conditions on the highest cost tiers. For more information on EHBs, download UBA’s PPACA Advisor, “Essential Health Benefits, Minimum Essential Coverage, Minimum Value Coverage: What's the Difference?”

Both fully insured and self-funded plans must pay a transitional reinsurance fee (TRF) for 2014 through 2016. For 2016, the annual contribution for the transitional reinsurance program is $27 per enrollee. The contribution was $44 per enrollee for 2015, and funds reinsurance to the individual market. The contribution is assessed to health insurers and self-insured group health plans providing major medical coverage, although some exceptions exist. Request UBA's "Frequently Asked Questions about the Transitional Reinsurance Fee (TRF)" for the answers to nearly 30 questions about filing, due dates, calculation methods, payment, submission and more.