Delay in Out-of-Pocket Caps - Will It Hurt? 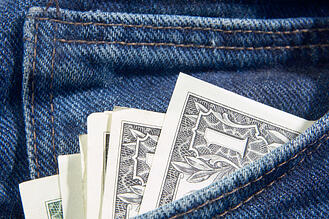 Add another item to the growing list of provisions of Health Care Reform (aka “Obamacare”) that will be delayed for an additional year: caps on out-of-pocket health care expenses (“OOP”).   According to the law, health plans are required to cap the total amount consumers can be charged through deductibles, co-payments and co-insurance.  This provision, a main consumer protection to control how much people will have to spend on health care, was supposed to limit total out-of-pocket costs in 2014 to $6,350 for individual policies and $12,700 for family policies.  The Department of Labor quietly announced delays of these caps for some plans until 2015 which means anything goes next year.

According to the guidance, non-grandfathered group health plans will generally need to comply with the OOP maximums described above, unless the plan uses multiple claim payers (e.g., medical TPA and separate pharmacy benefit manager (“PBM”)). Plans that use multiple claim payers may apply the statutory OOP separately to the major medical coverage (that is, medical/surgical plus mental health and substance use disorder benefits) versus the nonmedical benefits, such as prescription drug coverage, thus effectively doubling the OOP max for the combined plan for the 2014 plan year.

That’s good news for some, bad news for others.  Individuals with chronic diseases, such as cancer or multiple sclerosis, covered by such plans will be hurt by the delay as they continue to pay hefty out of pocket costs because the cap provision will not be implemented for another year.  These individuals could, for example, be required to pay $6,350 for doctors’ services and/or hospital treatments, on top of $6,350 for prescription drugs – a major blow to those who need quality care the most.

The reason cited by federal officials for the delay is that many insurers and employers needed more time to comply because they used separate companies to help administer major medical coverage and drug benefits, with separate limits on out-of-pocket costs. In many cases, the companies have separate computer systems that cannot communicate with one another.  Apparently, it comes down to technology, but the fallout of this setback is that some plans can double their caps next year.  Administration officials have said that companies have until 2015 to insure that out of pocket spending maximums will include all types of spending, including prescription drugs.