What's My State Doing with Exchanges and Medicaid? 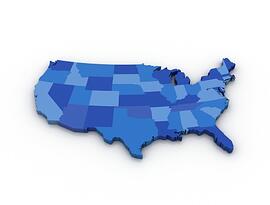 States have two major decisions to make with respect to the Patient Protection and Affordable Care Act (PPACA) – whether they will run the health exchange themselves, and whether they will expand Medicaid to cover most individuals whose income is below 133 percent of the federal poverty level.

Do you know where your state stands, and what your options are? If not, read on…

States also have to decide whether they will expand Medicaid coverage to most individuals who have an income below 133 percent of the federal poverty level (FPL). The FPL is $11,490 for a single person and $23,550 for a family of four in 2013. The federal government will pay most of the cost of expanded Medicaid coverage, but some states have concerns about the ultimate cost of the expansion to the states. (For more information about Medicaid and PPACA, see our PPACA Advisor Appendix on Medicaid Election.)

To see where your state stands on exchanges and medicaid, click here for a free chart of state status as of September 17, 2013.