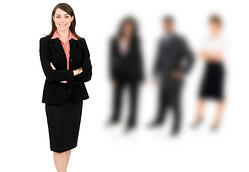 The Department of Labor (DOL) has issued an “Administrator’s Interpretation” to assist employers in determining if a worker is an employee or an independent contractor. The DOL has determined that many employers are incorrectly classifying employees as independent contractors, which can harm the worker and open the employer up to various liabilities. Unfortunately, there is no clear-cut checklist or rule in determining a worker’s status. Employers who are unsure about the categorization of workers should consult their legal counsel to review the factors provided by the DOL and its application to a specific situation or worker.

The distinction between employee and independent contractor is important, as employees are entitled to workplace protections such as minimum wage, overtime, and workers' compensation. Furthermore, under the Patient Protection and Affordable Care Act (ACA) employees are entitled to health benefits if they work for an applicable large employer and work more than 30 hours a week. The ACA regulations specifically state that independent contractors are not considered a common-law employee for purposes of providing health benefits. Because of the difference in protections offered to employees versus independent contractors, employers must be careful to ensure they do not misclassify an individual. The DOL has found that many employers are also incorrectly labeling someone as an “owner,” “partner,” or “member of a limited liability company” rather than properly determining if they are an “independent contractor” in order to avoid having to determine the worker’s status. The DOL was clear that this is inappropriate, and all workers should have their title and classification properly determined.

The DOL’s guidance rests on the fact that when determining employee versus independent contractor, courts use a “multi-factorial ‘economic realities’ test,” which focuses on an individual’s economic dependence on an employer or business.

The DOL advised that the economic realities test should be applied in view of the Fair Labor Standards Act’s (FSLA) broad scope of employment and the “suffer or permit” standard; and that the economic realities factor guides the determination on whether the worker is truly an independent business or is an economically-dependent employee. The DOL provides a variety of factors that should be weighed to answer these questions. The factors should be considered indicators of the broader concept of economic dependence and should not be used as a checklist.

The DOL’s “suffer or permit” standard broadens the scope of employment relationships that are covered by the FLSA and, at its core, finds that an individual is an employee if the individual is economically dependent on the employing entity. The courts look to the economic realities of the relationship, rather than the label the employer gives it. An economically-dependent worker is considered an employee. Someone who is in the business for him or herself is an independent contractor.

For comprehensive information on the factors an employer should consider when determining if an individual is an independent contractor or an employee, download UBA’s ACA Advisor, “DOL Issues Guidance on Classification of Independent Contractors”.