Build It and They Will Come? Group Health Plan Prevalence Doesn’t Always Drive Enrollment (Well, Except in CA) 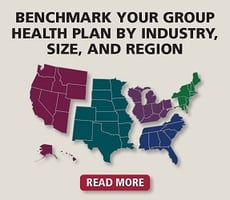 Prevalence of Plan Type by Region

Enrollment by Plan Type by Region

nia is often different, which is why we look at them both as part of the overall West and as a separate entity. Looking at California alone, HMOs are king, followed by PPO plans, whereas, in the rest of the U.S., including the Western region, PPOs and CDHPs are the top two predominant plans. Similarly, although HMO enrollment continues to drop in general, HMOs account for nearly half of the plan types and plan enrollment in the state of California, at 50% and 48.9%, respectively.