Open Enrollment Issues for the Marketplace Over? Not Hardly! 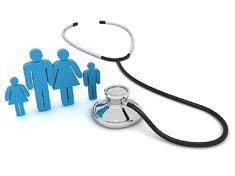 With open enrollment for the Marketplace close to 60% complete, one would like to think what they were told about the subsidy they will be receiving is accurate. How can you be sure that you were given correct information? Let’s take a look at the 2014 Federal Poverty Level (FPL) tables and see if the information given is accurate. Considering those numbers were just released January 23, 2014, it is unlikely the information given previously on www.healthcare.gov will be updated. The FPL amounts increased by 1.5%, which may benefit some, but for others it will likely lower subsidy determinations. So, what does this mean for you?

First, you might have to pay back some of the subsidy. The Advanced Premium Tax Credits (APTC) are the subsidy amounts paid toward the medical insurance premiums by the federal government. Those subsidies are based on your household income and where that falls within the FPL tables. For those that received too high of a subsidy, some, or all, of those amounts must be paid back at the time you file your IRS 1040 annual tax form.

Second, for those qualifying for Medicaid, again based on the household income and where that falls within the FPL tables, you might just as quickly “unqualify” for Medicaid. Of course, since the tables were just released recently, by the time the state you reside in can reassess the determinations made, they may not have adequate time to notify you before the end of the Marketplace open enrollment. This could lead to a person not having time to enroll in qualifying coverage, and then facing the individual mandate tax penalty when filing annual tax forms.

One more item to be mindful of before agreeing to enroll in your state Medicaid program, you should seek advice on whether that gives the state a right to your assets once you are deceased. Many states have long look back periods, so even if you were to transfer a vehicle, home or land to an heir, the state may have the right under their laws to take that property to recoup monies paid for your medical care.

With even shorter open enrollment periods for the Marketplaces in the years to come, the late release of the FPL tables will continue to be an issue. With open enrollment scheduled to end in late December or mid-January, how can you make an accurate, fact-based decision when you cannot know the facts until well after the annual open enrollment ends? Even worse, some will not find out that they must repay subsidies back to Uncle Sam until a year later when filing their taxes. Seek out a trusted advisor so that you can make sure you don’t find yourself with an unexpected tax bill.