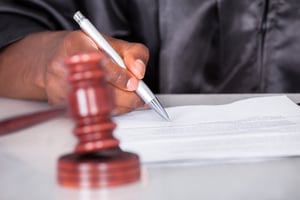 As background, on June 19, 2018, the U.S. Department of Labor (DOL) issued a Final Rule that broadened the definition of “employer” and the provisions under which an employer group or association may be treated as an “employer” sponsor of a single multiple-employer employee welfare benefit plan and group health plan under Title I of the Employee Retirement Income Security Act (ERISA).

On March 28, 2019, the U.S. District Court for the District of Columbia (Court) found that the DOL’s final rule exceeded the statutory authority delegated by Congress under ERISA and that the final rule unlawfully expands ERISA’s scope. In particular, the Court found the final rule’s provisions – defining “employer” to include associations of disparate employers and expanding membership in these associations to include working owners without employees – are unlawful and must be set aside.

The Court’s order vacates the specific provisions of the DOL’s final rule regarding “bona fide group or association of employers,” “commonality of interest,” and “dual treatment of working owners as employers and employees.” The Court order sends the final rule back to the DOL to consider how the final rule’s severability provision affects the final rule’s remaining portions.

Although the DOL issued Questions and Answers after the Court’s decision, the DOL has not indicated how it will proceed. The DOL could revise its final rule or could appeal the decision and request that the Court stay its decision pending the appeal. Employers in association health plans should keep apprised of future developments in this case.