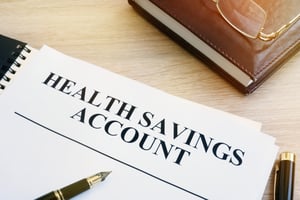 However, in March 2018, the IRS released Revenue Procedure 2018-10 that adjusted the annual inflation factor for some tax-related formulas from the Consumer Price Index (CPI) to a new factor called a “chained CPI.” As a result, the 2018 HSA family contribution limit was lowered to $6,850 from $6,900, retroactively effective to January 1, 2018.

Stakeholders informed the IRS that the lower HSA contribution limit would impose many unanticipated administrative and financial burdens. In response, and in the best interest of sound and efficient tax administration, the IRS will allow taxpayers to treat the originally published $6,900 limit as the 2018 HSA family contribution limit.

What if an individual received a distribution based on the earlier HSA limit?

Individuals who received a distribution from an HSA of an excess contribution (with earnings) based on the earlier $6,850 limit may repay the distribution and treat it as “the result of a mistake in fact due to reasonable cause.” Further, an individual’s repayment by April 15, 2019, will not be included in the individual’s gross income or subject to the 20 percent excess contributions excise tax. However, the IRS notes that a trustee or custodian is not required to allow individuals to repay mistaken distributions.