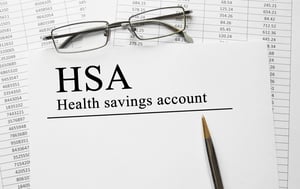 Generally, a person’s interest in a Health Savings Account (HSA) is nonforfeitable. However, in the past, the Internal Revenue Service’s Notice 2008-59 described limited circumstances under which an employer may recoup contributions made to an employee’s HSA.

The Internal Revenue Service (IRS) recently released Information Letter 2019-0033 (Letter), clarifying that IRS Notice 2008-59 was not intended to provide an exclusive set of circumstances in which an employer can recoup contributions made to an HSA. If there is clear evidence of an administrative or process error, an employer may request that the contributions it made to an employee’s HSA be returned. This correction should put the employer and employee in the same position that they would have been in if the error had not occurred.

The Letter lists the following examples of when an employer may recoup HSA contributions: