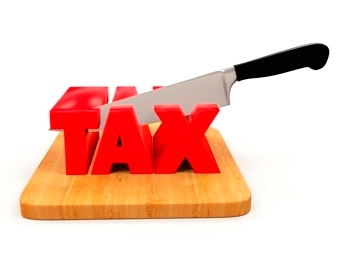 Section 9010 of the Patient Protection and Affordable Care Act (PPACA) imposes a fee on each covered entity engaged in the business of providing health insurance for United States health risks. This is known as the Health Insurance Providers (HIP) fee or the Health Insurers Tax (HIT) tax. The first filings were due from covered entities by April 15, 2014, and the first fees were due September 30, 2014. Self-insured plans are not covered entities for the purpose of the HIP Fee. The HIP fee is an important revenue source for PPACA, amounting to $8 billion in 2014 and rising to $14.3 billion by 2018. While fully insured plans are not directly responsible for the HIP fee, the Congressional Budget Office was correct when it indicated that it would be “largely passed through to consumers in the form of higher premiums.” Some premiums have increased as much as 4.5%.

Introduced in the House by Rep. Charles Boustany, Jr. (R-La.) and Rep. Kyrsten Sinema (D-Ariz.) on February 12, 2015, for the third time in as many years, H.R. 928 is titled To repeal the annual fee on health insurance providers enacted by the Patient Protection and Affordable Care Act. The bill has one provision: “The Patient Protection and Affordable Care Act is amended by striking section 9010.” There are currently 225 co-sponsors. A similar measure was introduced in the Senate. S. 183, the Jobs and Premium Protection Act, was referred to the Senate Finance Committee and currently has 31 co-sponsors.

Internal Revenue Code Section 4980I imposes an excise tax on “high cost plans” effective 2018. This tax is commonly known as the “Cadillac Tax,” dubbed for its fee on “richer” benefits.

Generally, and one must speak generally because regulations have not been issued, if a group health plan’s cost for applicable coverage goes beyond the statutory thresholds, then a 40% excise tax will be assessed on the excess amounts. The annual thresholds are $10,200 ($850per month) for individual coverage and $27,500 ($2,291.67 per month) for coverage other than individual coverage. The Cadillac Tax applies to fully insured and self-funded plans.

It is reported that nearly half of employer-sponsored health plans could trigger the tax. One reason for this is that larger groups must sponsor a base plan that meets minimum value in order to avoid a potential PPACA Employer Shared Responsibility tax (IRC Section 4980H(b)). Another reason is that “applicable coverage” includes major medical coverage, including prescription drug costs; contributions to medical flexible spending accounts (FSAs), health savings accounts (HSAs), health reimbursement arrangements (HRAs), and Archer medical savings accounts (MSAs), if certain conditions are met; coverage for on-site medical clinics; retiree coverage; coverage only for a specified disease or illness; and hospital indemnity or other fixed indemnity insurance.

On February 11, 2015, Rep. Frank Guinta (R-N.H.) introduced H.R. 879, Ax the Tax on Middle Class Americans’ Health Plans Act. The bill has 31 co-sponsors and was referred to the House Ways and Means Committee.

For the answers to the top 5 questions about the Cadillac Tax, read our recent blog.

For more information about Cadillac Tax inclusions and exclusions, cost of coverage calculations, changes in coverage and more, download UBA’s PPACA Advisor: Highlights of the Excise Tax on High-Cost Plans (the “Cadillac Tax”).