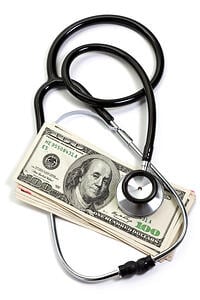 With the passage of the Patient Protection and Affordable Care Act (PPACA), we saw a number of hospitals and provider groups being bought and merged with larger provider groups. This was done for two reasons. One, in part to make sure that they were able to establish more buying power, or bargaining chips to bring to the contract negotiating table. Two, with less competition, they have more control over how much they can charge for services.

So now that we are into year five of PPACA, and going into year three of the medical loss ratio enforcement that was enacted as part of PPACA (small group and individual plans must use 80% of premiums collected to pay claims, leaving 20% for administration and re-investment, 85%/15% for large group plans) we are seeing the insurance carriers and provider groups have more and more contract disputes.

We are seeing more and more contracts expire before a new contract can be agreed on between the two parties, and overnight the insured can no longer see their regular doctors and providers, causing major disruptions for patients.

There have been many instances where the contract negotiations are successful and the new contract effective date is retroactive back to when the previous contract was terminated, but not before the insured population has had to scramble to find in-network care elsewhere, to get medical records transferred to new providers, deal with claims being re-submitted, and overall being left with a rather poor taste in their mouths.

In recent months there have been times when these contract disputes have taken a nasty turn with one (or both) sides speaking poorly of the other publicly, trying to bully the other party into submission; when the reality is, they both need each other.

Well, my first thought is that this large provider network has a large market share, and is charging more for services than other providers, causing the insurance carriers to drive a harder bargain because their goal is to keep their plans affordable for their members. And as we all know, insurance premiums are not pulled out of thin air, they are based on the cost of medical care and services. If the cost for services goes up, so do insurance premiums.

My second thought is, what if this is part of a bigger scheme, or plan? What would happen if one day down the road the provider network decided to let all of their insurance contracts lapse, and then invite all of their patients to purchase a ”membership” to their provider network that would enable them to use their providers for a simple copay for doctor visits and lab tests, for example, and then encourage their ”members” to purchase low cost, simple catastrophic insurance plans to cover the cost of the high ticket items such as hospital in-patient stays, surgeries, etc.?

This would solve a couple of problems for the providers. One, they would have far less administrative work and costs if they did not have to submit claims to the insurance carriers for the small stuff (office visits, X-rays, lab tests). They would not have to concern themselves with contract negotiations year after year, and they could better control their prices (note I said prices, not costs) for services. We have seen more and more doctors move to a concierge medicine model for these very reasons. Why not the big guys, too?

From a patient’s point of view, would they prefer to pay for a monthly membership if it meant they knew they could see the doctors they wanted to see, without being concerned that their contract may expire without warning? Would it be worth it not to have to call the insurance carrier to find out why they did not pay their provider correctly for services rendered?

As a patient, if I can see my regular doctors without interruption, carry a catastrophic medical insurance plan to protect my families assets should something happen where I needed extensive or expensive medical treatment, and not be penalized on my taxes because my catastrophic plan meets the minimum essential coverage requirements under PPACA, would that be a win for me?

Could the provider network take it one step further and promise to only charge me based on in-network costs for those times when they need to charge my catastrophic insurance plan, even if they are not a part of the network, and write off whatever costs my insurance plan does pay to them as a loss?

As employers are looking for more innovative ways to curb the increasing costs of medical insurance for their employees, would they be able to offer a catastrophic group plan with high deductibles if they could then pay for employees to have a ”membership” to their favorite provider networks? Could it be that simple for an employer to never have to worry about some of their employees being dissatisfied because their provider is not in-network with the new health plan?

And would the U.S. Department of Labor allow an employer to pay for an employee’s individual ”membership” to a provider network since it would not qualify as an insurance policy? Some employers pay for, or subsidize, gym memberships for their employees. Would this be considered any different?

Could this be the plan, and the reason why a large provider network is looking to drive a wedge between their patients and their insurance carriers?

Are health memberships the next evolutionary step in health care reform?