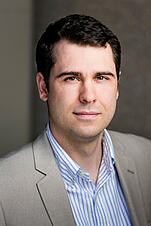 Indianapolis, Ind. – [April 9, 2014] – United Benefit Advisors (UBA), the nation’s leading independent employee benefits organization, today announced that Matt Kistler, vice president of business development, was awarded one of the “10 Rising Stars in Advising” by Employee Benefit Adviser (EBA) magazine.  This award recognizes individuals who are in their 30s or younger and have already set themselves apart within the industry.

According to EBA, these rising stars bring much-needed talent and innovations to the industry.  From small to large companies and from across the country, they are the best of the best in advising and the future of the business.  EBA searched far and wide to find these 10 rising stars who are making a name for themselves and will lead the next generation of advisers.  You can see Matt in this brief Web article or look for a full article in EBA’s April issue.

Based at UBA’s Oakbrook Terrance, Illinois office, Matt commented, “To win the Rising Star in Advising award is a tremendous honor and I am humbled by the acknowledgment.  In addition, I feel blessed to be part of UBA as it’s definitely a top-caliber organization.  It’s a great feeling to be recognized by a major industry publication and winning this award has positively impacted me both professionally and personally.  This industry has been great for me and my family and I’m excited to see what happens as the future unfolds.”

Matt has been involved in the insurance industry in various capacities since his graduation from Taylor University in 2006.  He was able to find success early as a producer in Indianapolis, Indiana at the Conner Insurance Agency.  Using the experiences he gained during his time as a producer, he went to work for The Council of Insurance Agents & Brokers as the director of membership development and then on to his current role at UBA.  These positions have allowed Matt to travel the country and work strategically with the leadership of the best agencies in the insurance industry.  Matt's varied professional experiences have afforded him a unique perspective on the industry.

Matt was nominated by UBA’s CEO Thom Mangan, who said, “In this role, he has been instrumental in identifying and ‘selling’ only the best Firms to become new Partners at UBA.  Matt is also in charge of our new Producer Academy, which will train future rising stars at UBA each year.  Finally, while he doesn't presently have a book of business, he left a rather substantial book at Conner in 2011 to come join us on the corporate side.”

United Benefit Advisors is the nation’s leading independent employee benefits advisory organization with more than 200 offices throughout the United States, Canada and the United Kingdom.  As trusted and knowledgeable advisors, UBA Partners collaborate with nearly 2,000 fellow professionals to deliver expertise, thought leadership and best-in-class solutions that positively impact employers and make a real difference in the lives of their employees and families.  Employers, advisors and industry-related organizations interested in obtaining powerful results from the shared wisdom of our Partners should visit UBA online at www.UBAbenefits.com.

NOTE TO EDITORS: Images of Matt Kistler and the award logo are available upon request.