The Real Promise of Private Exchanges Is Still Ahead 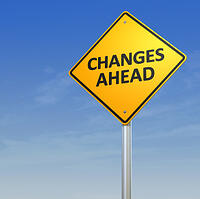 The hype about how private exchanges will revolutionize the successful delivery of employee benefits has quieted as the predicted “explosive growth” has slowed considerably. As I’ve long thought, instead of a revolution, a quiet evolutionary process is taking place.

As with many of the previous attempts to “reinvent an industry” – think WebVan and Pets.com – there is a growing recognition of the need to insert non-tech wisdom, sound processes and actual live human beings into the private exchange concept.

In learning how to connect wisdom to technology, the developers of successful exchanges are learning that seamless, flawless and fully-mobile technology is only the cost of entry. Like anteing up in poker, technology gets you into the game, but doesn’t ensure you win the hand. More significantly, the evolution of what is recognized as the most effective approach is shifting toward what we’ve termed “open architecture platforms.” And, the “open” in open architecture doesn’t just describe the platform’s technology; it also includes how employers, their advisors, employees and the exchange designers are actually using this technology.

Before I go any further, full disclosure and a little history is in order.

First, the disclosure. I work for an employee benefits agency that is also a hi-tech company and a Partner Firm in United Benefit Advisors (UBA). Our Firm created and manages Benefits Passport, UBA’s private exchange.

That means I am an employee benefits advisor who believes in technology and the collective wisdom of a large group of independent advisors, their clients and their strategic partners.

Next, the history. My personal experience goes back to what I count as one of the very first private exchanges in the world. It was started in 1998 by five California brokerages and called BenefitsAlliance. Some of you may remember it. BenefitsAlliance had all the key features of a private exchange – defined contribution, multiple carriers, multiple options and an online tool for selecting and enrolling in benefits. As a principal of one of the five firms, I was a front row witness to a promised revolution that eventually ended in a whimper.

At the start, the promise of cost containment and improved choice at the employee level was credible and temporarily realized. But, as some of the participating organizations grew and their experience became credible, they moved out of the exchange and went to the market directly. This left the smaller employers, who generally had a poorer quality of experience, as the majority of participants in the exchange. Naturally, the risk in the pool increased and eventually the cost to participate surpassed what many of the individual small members could get on their own. This wasn’t the only challenge, but among the few that signaled the decline of the effort.

Five years after setting out on what, in hindsight, was a perfect raw market experiment, the five brokerages sold what was left of the book of business to a large MGA, who refocused on the small market and rolled it into their market offering as a part of California Choice. It still exists today.

So am I saying private exchanges don’t work? Not even close. I’m saying they are one of the tools available, not necessarily THE tool. So, back to the future: as we come to the end of another hype-cycle, one that began around 2011, it is clear the predictions of private exchange participation were beyond ambitious, with only the lowest being remotely accurate. Most optimistic were the designers of the exchanges who suggested everyone would be on one by 2016.

Perhaps we’re lazy, or just overly optimistic, but it seems to be in our nature to be always looking for a pill to take care of everything. But, as I learned back in the early years of this century, there are no silver bullets, no magic black boxes, and pulling rabbits out of hats is only an illusion. I know I’ve mixed three metaphors, but I’m hoping my redundancy drives home the point that there are no quick fixes; no one-size-fits-all solutions.

What’s left is an age-old truth; we must do the work to design, manage and sustain a successful benefits program. And, we must be willing to do more work as conditions change.

So, what does open architecture mean in the evolution of private exchanges? First, it means recognizing openness has two components: the technology itself and how people use it.

Experience has proven the technology of an open architecture exchange must be able to accommodate many different types of employers, employees, funding models, carriers, service providers and accommodate anytime, anywhere access. What was once thought to be an exceptional level of performance is now the price of entry.

What’s really new is an open attitude toward how people put the technology to use. This is not, and will never be, a “set it and forget it” marketplace.