When the C-Suite Gets Seriously Sick 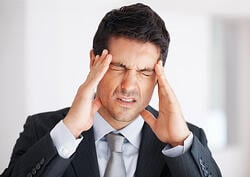 Someone in the C-Suite of a company gets sick. I’m not talking about a cold or flu; I’m talking about a major, possibly even terminal, illness. Depending on the level of severity, what can the human resources department do to help communicate this information properly to the company’s employees?

There will always be privacy concerns, but there are also requirements with the Securities and Exchange Commission (SEC) that mandate publicly traded companies to disclose information that may impact an investor's decision to buy or sell stock. A serious illness could be interpreted as something that needs to be reported to the SEC. Other than that, how much information should a C-Suite executive share with HR, when should he or she share it, and should they discuss any plans for a successor – either temporary or permanent? On the HR side, how much of this should they release to the rest of the company?

Based on an article on Human Resource Executive Online titled, “Disclosing Illness in the C-Suite,” when handled correctly, the disclosure of an executive’s illness can do more than satisfy SEC compliance. It can reassure employees and investors that the company has a plan going forward, it can address important questions, and it can stop the almost certain spread of false rumors.

Sharing information today is common and rapid, which makes hiding a major illness next to impossible. Rather than letting the company’s rumor mill disclose the information in a way that could be harmful to the executive and his or her family, detrimental to the company, and potentially completely false, it’s better to have it come directly from a company representative. Current examples include Goldman Sachs CEO and Chairman Lloyd Blankfein, who sent a memo to employees and the SEC just one day after his lymphoma diagnosis. Contrast this with Apple CEO Steve Jobs who withheld his cancer diagnosis for an entire year. The latter example is cited as a textbook case of how not to handle this. The “doom and gloom” speculation of what was happening to Jobs was rampant both internally at Apple and with investors.

This type of speculation almost always leads to decreased employee morale and productivity, which is why HR should communicate information as quickly as possible. That being said, it’s up to the C-Suite executive to determine how much information he or she wants to divulge. The role of HR is to communicate how this is going to impact the company’s daily operations, whether someone will be temporarily assuming those responsibilities, and if the company has a succession plan in place if the executive is not able to return to work.

Because this type of news can disrupt the operations of a company, HR should continually provide updates and put them in a positive light. As it states in the article, you can’t draft this type of plan, especially a plan of succession, after a critical illness diagnosis is announced. This is something that must be thought of ahead of time in order to avoid the turbulent aspect it can produce. Regardless of this, HR also needs to emphasize the seriousness of the issue and that it must be handled with respect, sensitivity, and professionalism.

Hopefully, an HR department will never have to deal with this unfortunate experience. Striking a balance between the C-Suite executive’s privacy and everyone else’s need to know may be one of the most difficult things an HR department can face. This is why planning ahead can often provide that level of confidence during this time of corporate instability.